We guarantee your taste buds will be seduced by our delicious clean ocean fed Natural Oysters, leaving you wanting more! 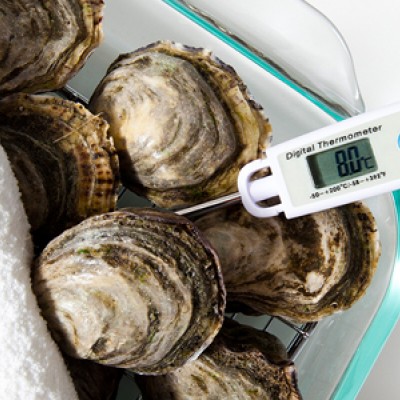 1. Oysters should scrubbed and stored at 4-8°C under a damp cloth, in an air-tight container 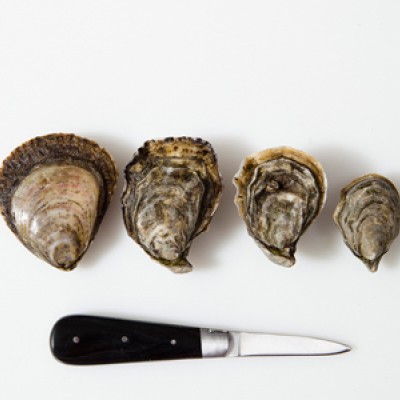 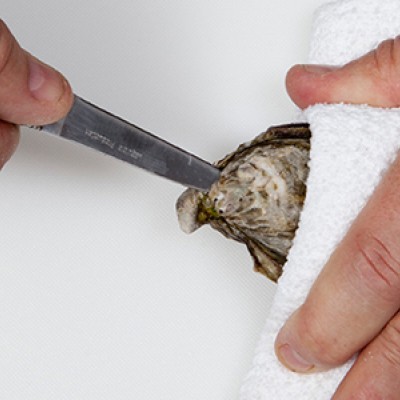 3. To open oyster – position oyster with flat shell facing up and oyster ‘ear’ facing out – insert oyster knife at 15 degrees to the bottom shell and gain purchase between the shells 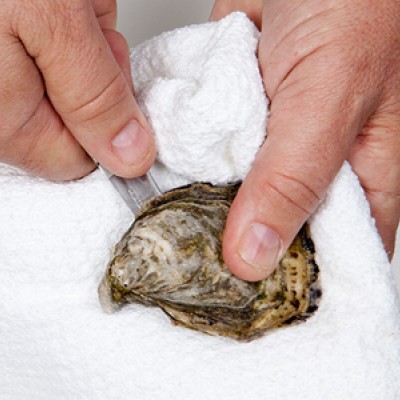 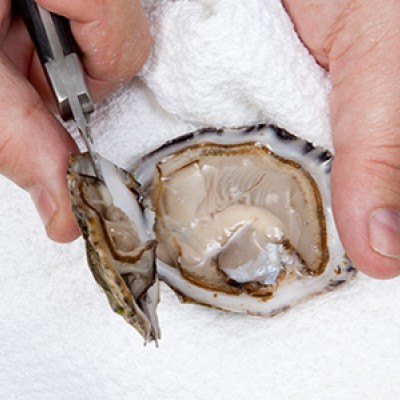 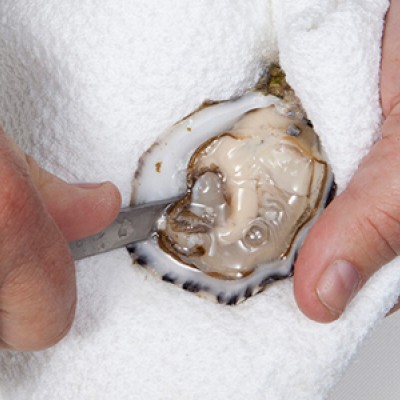 6. Snip abductor muscle from under the oyster on the bottom shell, releasing oyster from shell 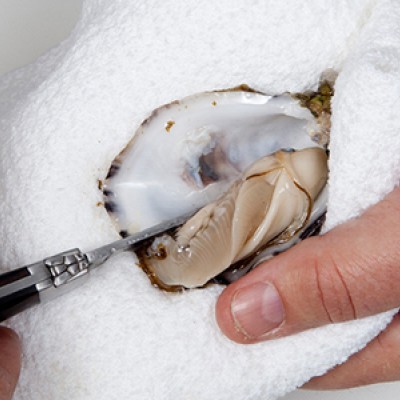 7. Place oyster knife against the underside of the oyster and gently roll oyster over in shell 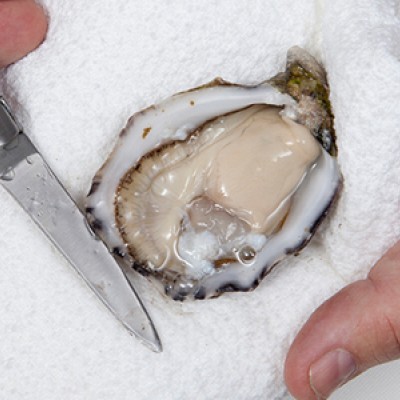 Angasi Oysters should be covered with a damp cloth and kept closed either with a weight or an individual tie on each oyster and should be stored at 4-8°C in an airtight container.

When opened, oysters should be stored at 0-2°C. Some oyster processors prefer to open the oyster from the front, but this method requires the oyster to be washed free of any shell which may be shattered in opening. Front-opened oysters are typically placed back into the shell post washing, with their belly facing up.

Pacific – The flesh colour of the Pacific Oyster varies by region/sub region and grower – but are typically steely grey/white to a full cream colour.

Angasi – Typically khaki to cream in colour with a black external frill.

Coffin Bay Angasi – a complex, full umami flavour of seaweed and citrus with long, deep and rich aftertaste and mouthfeel.

Pacific – The texture of the Pacific Oysters vary from light/tight texture in March to a full milk creaminess from August to December.

Angasi – The Angasi ranges from soft, ripe and creamy April to August, and lean and firm September to late December.

The ultimate experience is to enjoy an oyster within 20 minutes of opening it.

Angasi are well suited to wok-frying, pan-frying and roasting. Do not overcook either type.

Larger oysters are great coated with Japanese breadcrumbs and deep-fried, or placed unopened in hot ashes until the lid pops – and eaten straight from the shell.